Scientific Russia: SPIEF-2022. A Healthy Climate: What Does it Look Like? 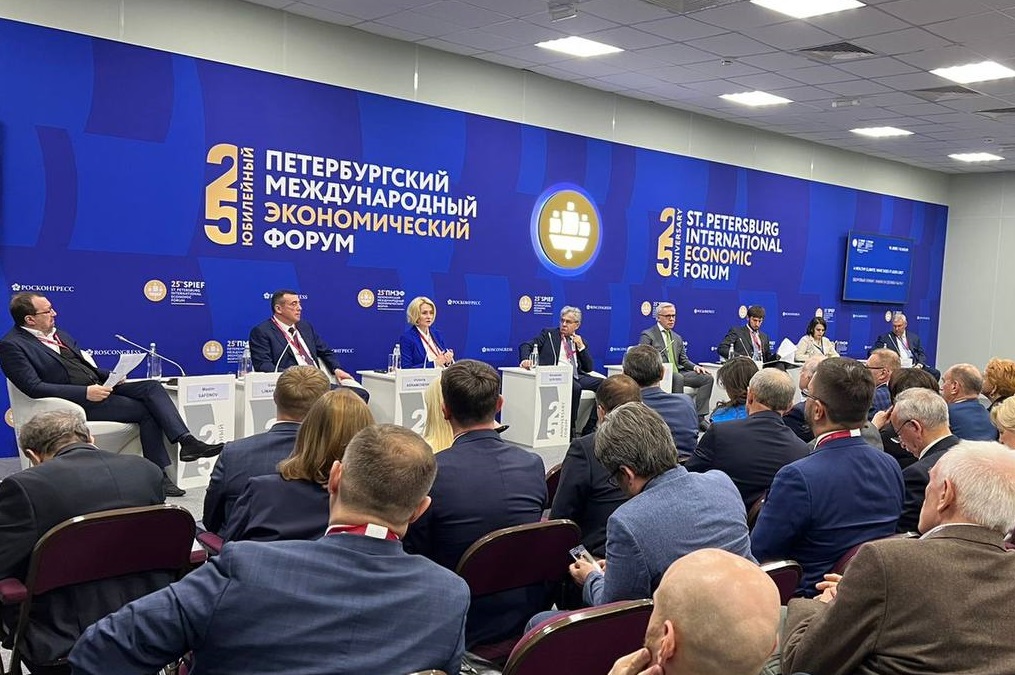 At the St. Petersburg International Economic Forum (SPIEF) – 2022 a session devoted to the topic of global climate change, which was attended by the President of the Russian Academy of Sciences Alexander Sergeev. Global climate change is the most important problem of modern mankind. This is recognized by all leading nations of the world. The role of Russia in this process is unique: its natural ecosystems are key in solving the climate problems of the whole planet.

15:11 Speaker: Viacheslav Fetisov, Deputy of the State Duma of the Federal Assembly of the Russian Federation.

15:13 ‘We are beginning to understand that ecology, nature and biodiversity are essential for the existence of our country.’

15:16 Viacheslav Fetisov talks about the necessity to cope with accumulated environmental damage, in particular waste disposal.

15:18 ‘Controlling the quality of air, water, controlling the natural riches of our country is a task that requires solutions from the government, business and especially science.’

15:20 According to Viacheslav Fetisov, not enough money is spent on science at the moment, while it is science that will create domestic standards for safety in the climate sphere.

15:28 Victoria Abramchenko speaks about the emission monitoring systems and developments in the issue of their automation.

15:31 Alexander Sergeev discusses the multiple meanings of the session's title – ‘Healthy Climate. What Does it Look Like?’

15:33 ‘We are now facing an interesting situation, we are wondering whether the problems of decarbonization are as important as they seemed a year ago?’

15:35 According to Alexander Sergeev, this issue will not lose its importance both in our country and in foreign countries.

15:38 ‘The issue of water surface depletion has risen in all growth. Why do we deal with soil, when the Sea of Okhotsk is twice the area of all our croplands? Why are we poking around to see how much carbon is left over from planting when we should be focusing on the sea?’

15:40 Alexander Sergeev believes that it is necessary to create a digital carbon twin of the country, a model that Western scientists would trust and which could demonstrate that Russia is in fact a ‘green’ country.

15:42 ‘The state of water resources is a mirror of our ecology. It is necessary to deal not only with greenhouse gases, but also with the state of natural resources and soil fertility.’

15:44 President of RAS supports the idea of introducing standards to control soil fertility.

15:48 ‘The Russian Federation will look at all problems as a whole. If a person doesn't have a fed family, he won't think about the climate.’

15:55 ‘To be or not to be? In a time of crisis, when the parties have stopped listening to each other, is it appropriate to talk about a climate experiment? My answer is yes! I will talk about things that are understandable to anyone. For example, the water pipeline, if half of the water leaks into the ground, it's just an inefficient economy. If we will fix it, then less energy will be needed for the water supply, and therefore there will be less emissions. Our goal is to improve utility efficiency.’

15:57 Valery Limarenko talks about the Sakhalin Oblast gasification project as well as the planned supply of electric cars.

15:58 According to Valery Limarenko, taking care of the climate is economically beneficial for the country, which means there is no need to question the validity of the strategy to reduce emissions or decarbonize.

16:00 Governor of Sakhalin Region makes the example of liquefied natural gas trade between Russia and Japan as a profitable and at the same time environmentally friendly experience.

16:03 ‘The task we are now solving is climate projects, preparing for the first deals on carbon units. And it should be done in such a way that they were done inside our country, and only then could enter the market. We must work with China, Vietnam, Korea. Japan is not getting out of this agreement either.

16:05 Valery Limarenko says that taking care of the environment is also a cultural process.

16:09 ‘There are no single countries that can solve climate issues. Restrictions that happened in 2022 set us back, although we should not do that. The damage from rising ocean levels alone will be in the trillions of dollars. A healthy climate is the key to solving all issues.’

16:11 Elena Borisenko believes that it is necessary to find ways to communicate Russia's position on climate and ecology to Western partners.

16:13 ‘Humanity is making an energy transition for the first time that increases rather than decreases energy input. But it is necessary.’

16:17 ‘87% of all the cargo we transport across the country is electrified railroads.’

16:18 Sergey Kobzev speaks about the principle of openness in discussing issues and problems related to emissions reduction. Russian Railways is active in creating monitoring systems.

16:21 Sergey Kobzev talks about active actions taken by Russian Railways to reduce the carbon footprint that the company leaves, for example, electric battery locomotives, where there will be no diesel fuel, but clean energy.

16:27 Ruslan Korchagin, Acting Director of IPACS RANEPA, gives a comment on the importance of each element of the technical process for creating a system of nature conservation.

16:30 Boris Korobets, Acting President of the Far Eastern Federal University, gives a comment about the need to teach the younger generation to be environmentally responsible through theory and practice.

More information is available at the following link.